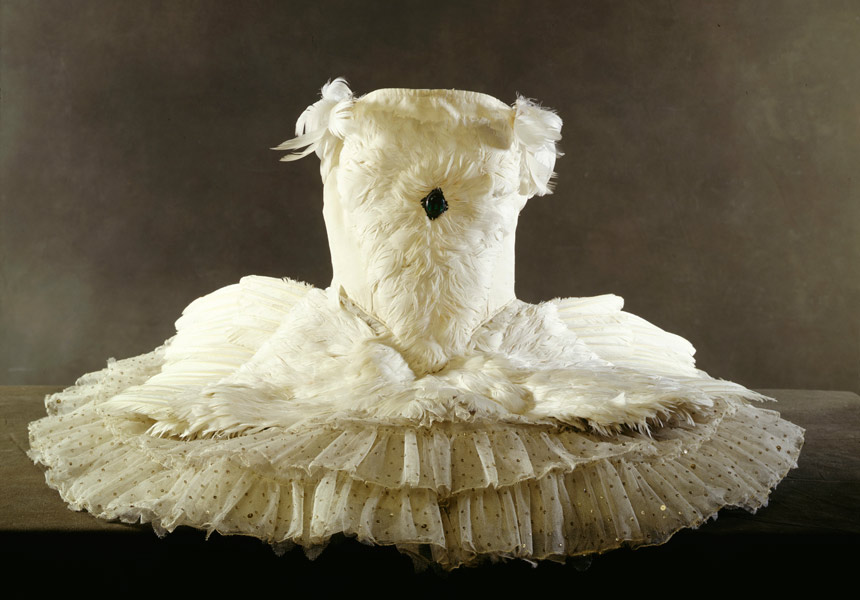 The variety found in the Museum's collection of dance costumes maps London's complex cultural landscape, where performance has always been at the heart of the city's identity. The objects embody an eclectic breadth around 'dance' in three broad areas - ballet, social dance, and dance entertainment, ranging from dolls dressed in 1840s stage costume to 21st century African dance outfits. Dance encompasses London's West End theatres and Royal houses and halls, to more robust entertainment in music-halls and cabaret, and the personal pleasures of social dancing everywhere from quiet outer suburbs to the Café Royale.

The biggest group relates to legendary Russian ballerina Anna Pavlova, who lived and taught in Ivy House in Hampstead from 1912 to her death in 1931. Many of the objects were given directly after the dancer's death. Further generous donations by ex-students and fans expanded the collection, comprising costumes, personal items such as her make-up box and presentation medals, and a large group of photographs. The star object is a fragile costume made of goose feathers worn in Pavlova's most famous piece 'Le Cygne', better known as 'The Dying Swan'.

The influential Ballets Russes are represented by costumes designed by Leon Bakst for the 1921 production of The Sleeping Princess including the splendid Carabosse costume. Digitisation also revealed an exciting re-evaluation of a painted silk tunic worn in 'The Firebird', the first ballet Sergei Diaghilev commissioned for the Ballets Russes. The tunic was thought to have been worn by a male corps-de-ballet member. Research unfolded a new history: this is the Bakst-designed outfit from 1913, worn by star choreographer Michel Fokine in the leading role of the prince (Ivan Tsarevitch). It has been altered and passed down through the company, and was worn until the 1930s.

Another stand-out item is the costume Pablo Picasso designed for the Miller's Wife in the 1919 ballet 'Le Tricorne'. This costume was worn by ballerina Ljubov Tchernicheva in the 1930s 'Le Tricorne' production, while on a world tour with Colonel de Basil's Ballets Russes de Monte Carlo.

The social function of dance, away from the professional stage, has always been embedded into London's life. Queen Victoria's worn, cream satin 1850s dancing slippers evoke a delightful image of the young monarch enjoying herself dancing. Dance appears in everyday clothing such as a 1962 'Early Spring' grey wool flannel dress. It is deliberately cut with a flare from knee level to give freedom of movement when dancing the 'Twist', the dance craze of the early 1960's. Other popular forms found here are ballroom dancing, social dancing, and morris dancing. Different forms of pleasure are found in dancing for entertainment. This last forms the third area of the collections through can-can and cabaret costumes.

Where can the dance costume collection go from here? Anywhere that dance does in 21st century London. We have not yet collected clubbing, new romantics, ravers and other subcultural groups; the popularity of neo-burlesque, line-dancing and salsa; and new forms like flash-mob events, street dance and hip-hop.