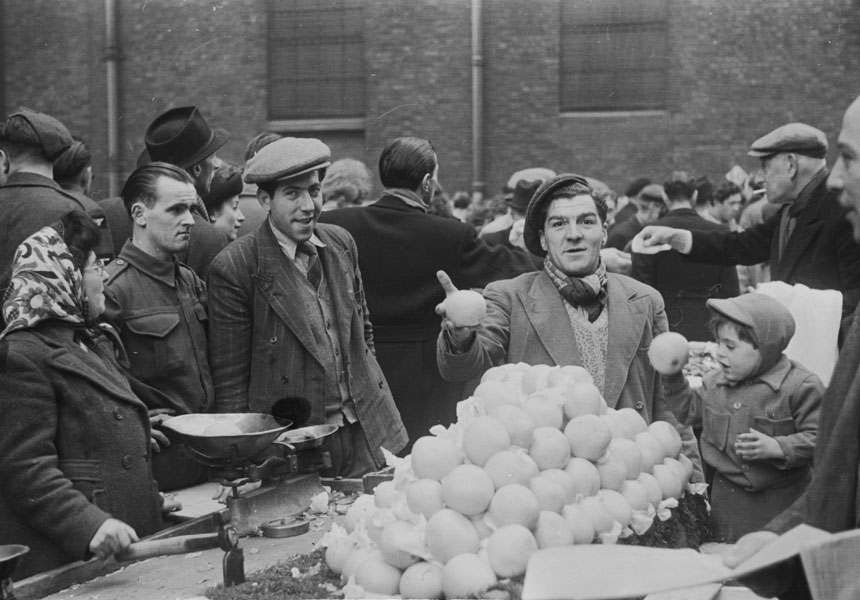 Since the birth of photography, London and its people have featured largely and contributed greatly to the evolution of the medium. This wealth of imagery leaves us overwhelmingly spoilt for choice, providing us with an invaluable insight to the city and its inhabitants, both historically and today. Some of the finest examples of exceptional photography were created in London; the subject demanding new approaches, new visions and new tactics to capture its constantly changing social landscape.

The Capital attracts an ever-expanding diverse population and has magnetically drawn a range of photographers who embrace it, keen to capture this multifaceted city in a unique way.

The museum's extensive collection of photographs reflects this magnificently. Spanning the decades it offers a fantastic breadth of imagery that inform, enlighten and inspire any viewer. World renowned photographers' work sits alongside the anonymous and those made in the earliest days of the medium contrast and connect with the contemporary.

Pioneering photography records Victorian London as landscape, taking in dramatic views of landmarks or architecture, perhaps just constructed or about to be demolished. Technology of the day limited the capturing of the hustle and bustle, recording instead static figures or sometimes barely visible ghostly streaks. Examples here are William Henry Fox Talbot, Roger Fenton, Henry Flather or Alfred and John Bool.

As technology develops so too does the approach to documenting the social scene in London, often drawing attention to London?s working class communities. The first social documentary project of this nature can be seen here in the photographs of John Thomson. Such notable ground-breaking work paved the way for a whole genre in photography, evident in the collection into the 21st century.

Alternative perspectives are often generated by visitors to the Capital or indeed �migr� photographers, such as Cyril Arapoff or Wolfgang Suschitzky. Together with the development of smaller hand-held cameras a shift in vision and new possibilities in image taking arose; strongly evident in the work of Margaret Monck, or Humphrey Spender. Today?s advancing digital technology, of equally seismic impact on the medium, takes the collection into another realm, for example Crispin Hughes? digitally stitched together river panoramas.

Photographic projects and commissions energised by personal interest or political motivation form a substantial part of the collection, including bodies of work by Roger Mayne, Paul Baldesare, Nancy Hellebrand or John Davies. The museum acquired the entire black and white collection of freelance photojournalist Henry Grant, providing a hugely broad source of imagery of London life in the 1950s to 1980s.

Our visual memories spill over with an eclectic pool of photographic images, from personal encounters to famous iconic pictures. When we think of London we draw upon this diverse array of images and the museum?s photographs significantly add to this and enable us to enjoy and explore links between then and now, how we view and what we record.