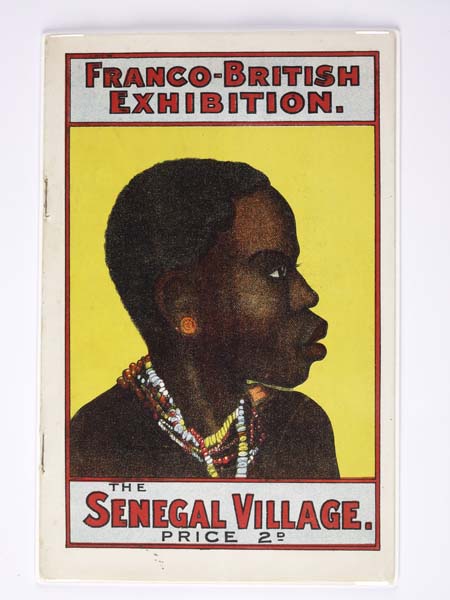 This major public show was the first international exhibition to be held at White City. Organised by impresario Imre Kiralfy, it was intended to represent the new mood of friendship between Britain and France following the Entente Cordiale agreement of 1904, and act as a display of the culture, designs and material goods of both nations, and their empires. As George V said at the opening of the Exhibition on 14 May 1908:

“May the Franco-British Exhibition encourage rivalry and stimulate interchange of ideas, strengthen the brotherhood of nations, and in so doing help on the work of civilisation, and promote peace and prosperity throughout the world.”

The White City stadium, built as part of the Franco-British exhibition, also hosted the Olympic Games in July 1908. Intended by Imre Kiralfy to be a permanent site for exhibitions and events, the site was laid out with ornamental buildings, lakes and walkways, centred around an artificial lake. There were some 120 exhibition buildings and 20 pavilions, most designed in an Oriental style, with domes and arabesque arches. The halls included French and British Palaces of Industry, a French Artisan’s Palace, aPalace of Women’s Work celebrating famous figures from Elizabeth I to Florence Nightingale, a Fine Art Palace and Halls of Machinery.

Other displays included model villages showing "typical life" in various parts of the British and French empires, from Ireland to Senegal. The Senegalese Village was advertised as 'a corner of savage dark Africa'. For the duration of the exhibition, around 150 Senegalese villagers, brought to London especially for the event, were employed as 'live exhibits' to act out the customs and activities of their daily lives. The press commented on the "surprising cleaness" of the Irish performers.

The Exhibition was a major commerical success, attracting over 8 million visitors from across Britain and France. It set off a brief craze of international exhibitions, of which four more were staged at White City until 1914.