Charles I, King of Great Britain 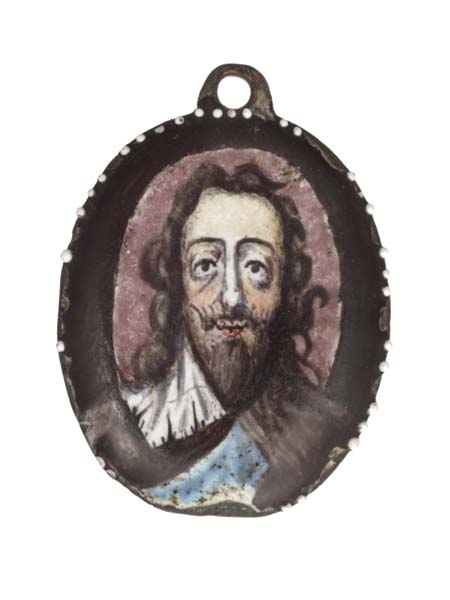 Charles I was monarch of the three kingdoms of England, Scotland and Ireland from 1625 until 1649, when he was executed after the victory of the Parliamentarian faction in the English civil wars. He was the second monarch of the house of Stuart, born in Scotland in 1600 as the son of King James VI of Scotland. After much of the country rebelled against his attempt to establish an absolutist monarchy justified by the divine right of kings, Charles became the only British monarch to be executed, establishing vital constitutional precedents over the supremacy of Parliament.

Charles moved from Scotland to England in 1603, after his father James inherited the English throne, and spent most of the rest of his life south of the border. His elder brother Henry, Prince of Wales died in 1612, so at the age of twelve Charles became heir apparent. His father died in 1625 and he married the French princess Henrietta Maria later that year, but her Catholic faith made it impossible for her to take part in his coronation ceremony on 2 February 1626.

This marriage, coupled with Charles’s religious policies and his "high church" associates like Archbishop William Laud and Richard Montagu, alienated groups like English Puritans and Scottish Covenanters. He lost the confidence of the English Parliament and attempted to raise taxes without its consent. Relations between Charles and his peoples so deteriorated that all three kingdoms under his rule rebelled, beginning with the Bishops’ Wars in Scotland in 1639.

Rebellion broke out in Ireland in 1641, and the English House of Commons began to openly defy Charles by threatening to arrest his closest councillors. On 3 January 1642, Charles broke into the House of Commons with an armed guard in an attempt to arrest five leading members of the Parliamentarian faction for treason. However, all five had escaped, and Charles was left having defied the tradition that English monarchs do not enter the Commons and inflamed public opinion. The English Civil War broke out in mid-1642.

After a bloody series of battles, sieges, ineffective negotiations, and a Scottish invasion, Charles was taken prisoner by the Parliament-aligned New Model Army in 1647. Despite Parliament’s military strength, Charles hoped to exploit the factionalism and religious disagreement amongst his enemies. This scheming led to the outbreak of the Second Civil War and another Scottish invasion in 1648, but the New Model Army was once again victorious.

Enflamed by what they saw as treachery by a tyrant, Oliver Cromwell’s army conducted a military coup, Pride’s Purge, and a newly radicalised Parliament charged Charles with high treason. The indictment held King Charles I “guilty of all the treasons, murders, rapines, burnings, spoils, desolations, damages and mischiefs to this nation, acted and committed” in the last six years of war in Britain. Charles refused to plead either guilty or not guilty and denied that the court had authority over a divinely-appointed monarch. He was sentenced to death and executed on 30 January 1649. In 1660, after the restoration of Charles’s son to the throne, the Anglican church added King Chalres the Martyr to its liturgical calendar.

The Museum of London’s collection includes a variety of memorabilia relating to Charles’s execution and his subsequent legacy as a “martyr king”. This includes a white embroidered cap, a lace collar and a handkerchief associated with the execution. Together with a number of icons and portraits of Charles, they testify to the strength of feeling around an extraordinary defining moment in London’s history.