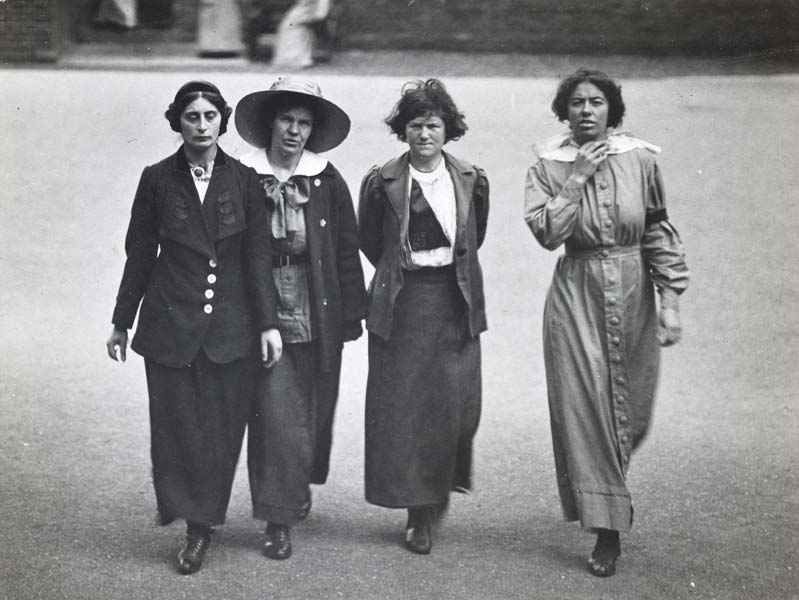 The Suffragette Fellowship was an organisation created by the veterans of the struggle of votes for women to collect and record the history of the Suffragette movement. Its members accumulated an incredible selection of original material ranging from books and pamphlets to photographs, banners, badges and objects like padlocks used in Suffragette militancy. Many of these were later donated, and form the core of the Museum of London’s Suffragette collections.

The Suffragette Fellowship was found as the “Suffragette Club” by Edith How-Martyn in 1926 to "perpetuate the memory of the pioneers and outstanding events connected with women's emancipation and especially with the militant suffrage campaign, 1905-14, and thus keep alive the suffragette spirit".

Its aims were widened in 1947: “...to secure women's political, civil, economic, educational and social status on the basis of equality of the sexes, and [co-operate] from time to time with other reorganisations working to the same end”. Originally the Suffragette Club was to be open to “All suffragette prisoners, unless they desire not to be; all members of militant suffrage societies between 13 Oct 1905 and 4 Aug 1914; direct descendants of Suffragette Prisoners, pioneer women and men by invitation of the council, who declare their sympathy with the militant campaigning and the suffragette spirit.”

The Suffragette Fellowship maintained an annual programme of commemorations, the birthday of Emmeline Pankhurst on 14 July, the first militant protest on 13 October 1905, and the suffrage victories of 1918 and 1928 (the Equal Franchise Act) celebrated in January and February respectively. The Suffragette Fellowship published a newsletter between 1947 and 1971, Calling all women.

In 1950 the Suffragette Fellowship donated most of its collection of objects to the London Museum. This subsequently became the foundation of the Museum of London’s Suffragette collections, now the most extensive in the world.