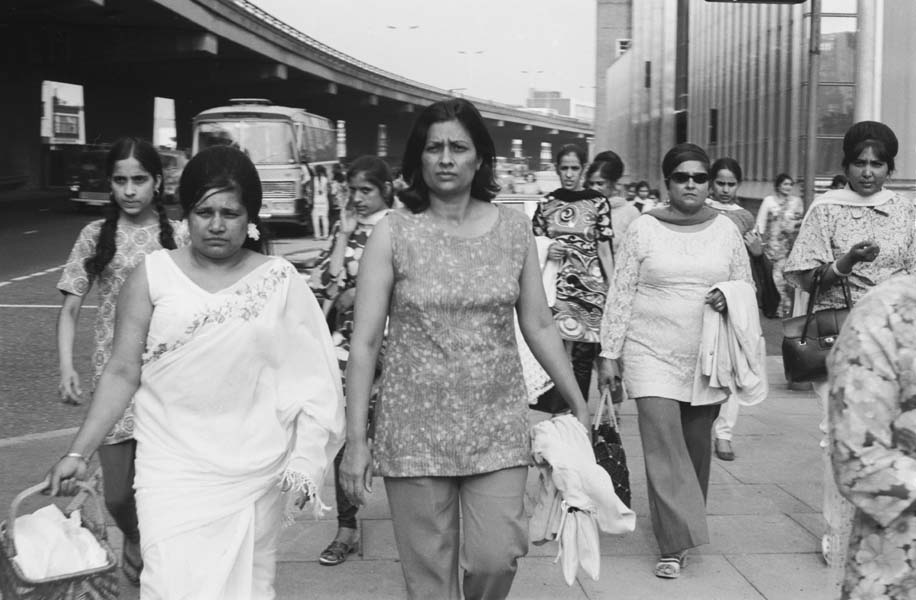 Henry Grant was a freelance photographer based in London. Henry Grant's superb black and white photographs captured Londoners of all ages as they went about their everyday lives. Together, they provide an intriguing record of the massive social changes that took place as Britain moved from post-war austerity to the freedom of the 1960s. Taken in streets and parks, homes, hospitals and schools, they witness the beginnings of the National Health Service and the Welfare State; developments in education; immigration and the appearance the first high-rise buildings, as well as political and social campaigns like the peace movement and CND.

Grant developed his passion for photography before the outbreak of the Second World War. In 1946 he opted out of his family’s textile business and took up photography for a living. He began by taking portraits of children, but soon started to work for a news agency on Fleet Street where he could pursue a career as a photojournalist.

Grant’s wife, Rose, was working as a reporter for the communist newspaper the Daily Worker. Grant sometimes photographed the political events she was covering, and the couple successfully collaborated on many projects.

Grant photographed endlessly, both for the stories he was sent to illustrate and whilst travelling about in between these assignments. He was skilled at spotting and capturing spontaneous moments. He would photograph as candidly as possible, usually by waiting for the subject to become accustomed to his and the camera’s presence. In 1950, Grant wrote,

‘In taking photographs of people, I work on the principle that there must be an uninterrupted flow of movement – the camera can capture only a fraction of the flow but it must leave the rhythm of the movement undisturbed’.

Grant had developed his style of photography by the 1950s. He was working extensively for Fleet Street and produced numerous features on London for publications such as the Times Weekly Review. He had a regular presence in What’s On In London under the byline ‘Familiar London seen afresh through the camera eye of Henry Grant’.

Rose Grant left the Daily Worker, and the couple began to realise further collaborative work, producing word and image stories for various publications. Grant had a flair for photographing people at ease and natural, rather than posed and awkward. His style evoked the photographs of leading illustrated magazines such as Picture Post.

The Times Educational Supplement seized upon Grant’s talent. As a result Grant, together with his wife, began to specialise in educational photography, and much of their work was published in the supplement.

However, he remained far from limited in his subject matter. Grant photographed for more than three decades and was an active supporter of social and political reform. His work offers an unusually broad vision of London and the relationships people had with it, and a valuable and intimate portrait of everyday life in post-war London.

Grant retired in 1980 with an archive of around 80,000 black and white photographs of London. In 1986, the negatives and their copyright were bought by the Museum of London, where they make a significant contribution to the historic photographic collection.